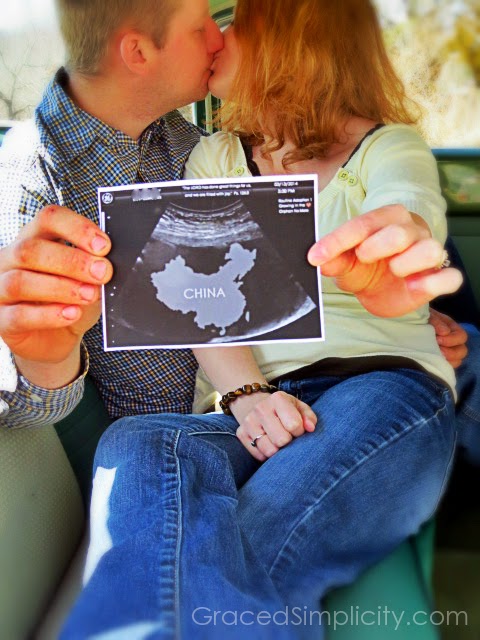 Our adoption process began with us looking into a Russian adoption, but the doors quickly closed on that with all the government issues going on there. Domestic open infant adoption was also looked into, but found out that it wasn’t suitable or available to our family at this time. The doors for China kept opening….and really our hearts have really been there all along, – it just took God to show us. : )

June 1, 2013  – Signed up for more info from our Adoption Agency {It was one of many we researched, and one of the two Adoption Agencies we narrowed down.}

March 4, 2014 – Adoption agency contacted us in hopes we were ready to start our adoption process

March 27, 2014 – Mailed our contract and 1st program fee to our adoption agency!

May 8, 2014 – Received our certificate for finishing 12 hours of required parent training!

September 25, 2014 – Dossier documents on route for authentication to US Secretary of State and the US Chinese Embassy!

October 10, 2014 – Our COMPLETED dossier was picked up by our hired courier from the US Chinese Embassy!

November 05, 2014 – Over-nighted our COMPLETED DOSSIER to agency for critical review and brief translation!!!

January 26, 2015 – Adoption Agency overnighting our I-800 documents to the USCIS office in Texas!!